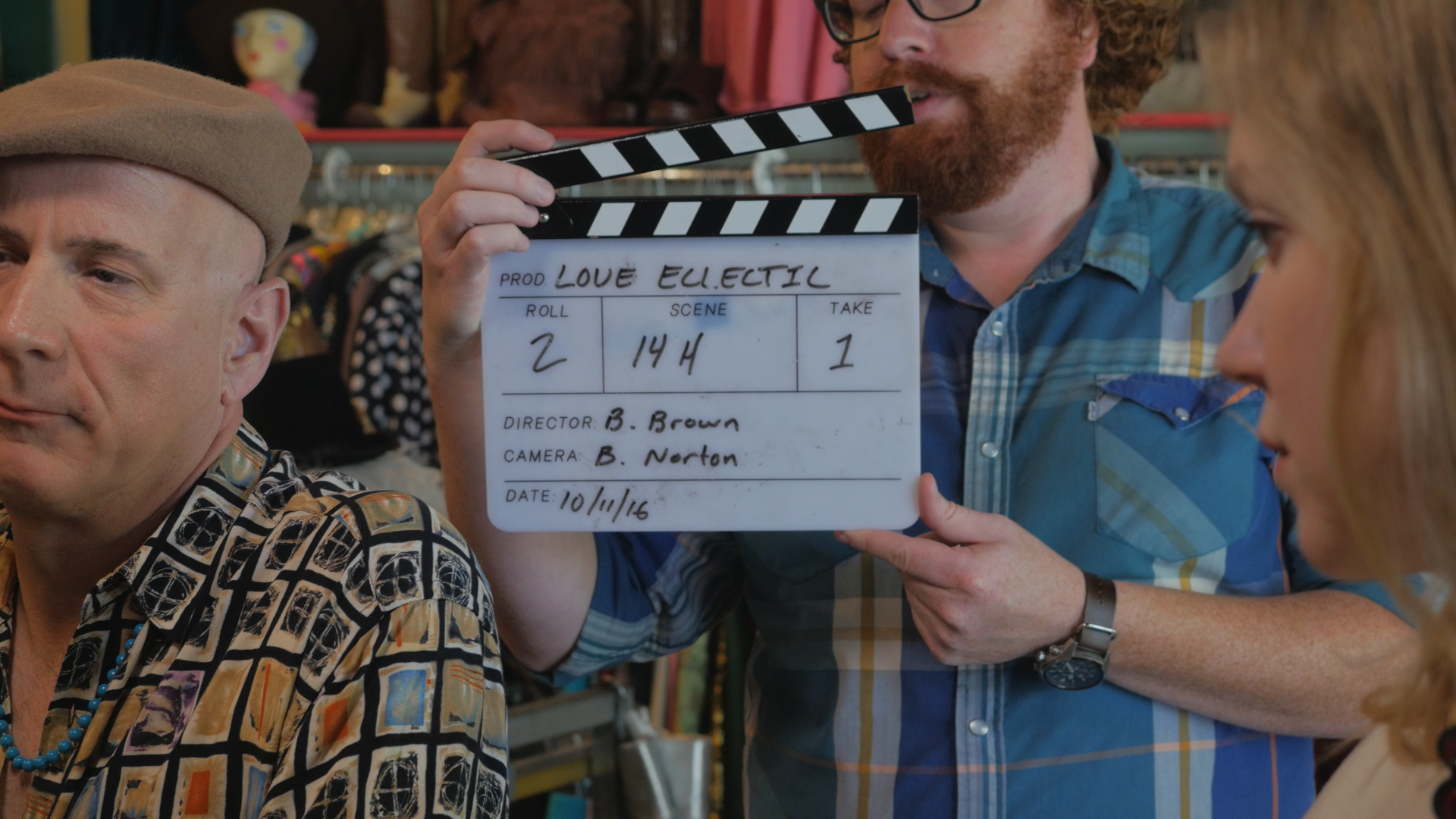 This series of blogs journals the steps it took to make the film Love Eclectic, a full-length feature done on an extremely low budget.   We had 97 pages of script to shoot.  How did this all get done?

The film was shot by a crew of four people, in twelve and a half days, using a tiny Panasonic G4 camera, on a production budget of $25,000.

Everyone was paid. No freebies. Days usually wrapped within 9 – 10 hours. Only one day did we exceed this — going to almost 11 hours due to weather. Rain really helped the “look” of the film, but it also created some big complications. More on that later.

For actors we paid the ultra-low SAG rate of $125 per day and followed all the other rules. But we eliminated entire departments like hair, make-up, costume. Talent did their own hair and makeup and kept track of their own costumes.   Because we were shooting on such a condensed schedule there were less issues of continuity — that is, we rarely revisited a “script day” and had to match outfits.

The crew consisted of Director, AD, DP, and Sound, but each had multiple duties beyond those titles.

The DP set up his own lights, and camera, and then operated the camera.

The AD kept the shot log, did set dressing, and helped out wherever else needed in addition to typical AD duties.

The sound person was a true one-man-show — he did it all — boom, lavaliere, mix, and record.

And finally, the director, was also producer, production manager, location manager, accountant, and took care of all the back office details.

Locations were generally used “as is” except for a few extra details — like taping mail boxes near the door of a big house to make it look like an apartment building — or borrowing vintage items (from our location store) to use in other locations.

That store, The Urban Eccentric in Vancouver WA, come perfect just the way it was. We costumed our lead characters there (sent in on a “shopping spree” to select outfits).   And later we often went back to grab extra pieces.   It was a great resource for the look we were going for.

But what about those 97 pages? How did that all get covered?

*the budget mentioned above was for everything up to the last day of filming.  Cost for post-production was assumed to be zero at this point.  And producer (Bill Brown) did not have any budgeted compensation but was the sole owner of the film.