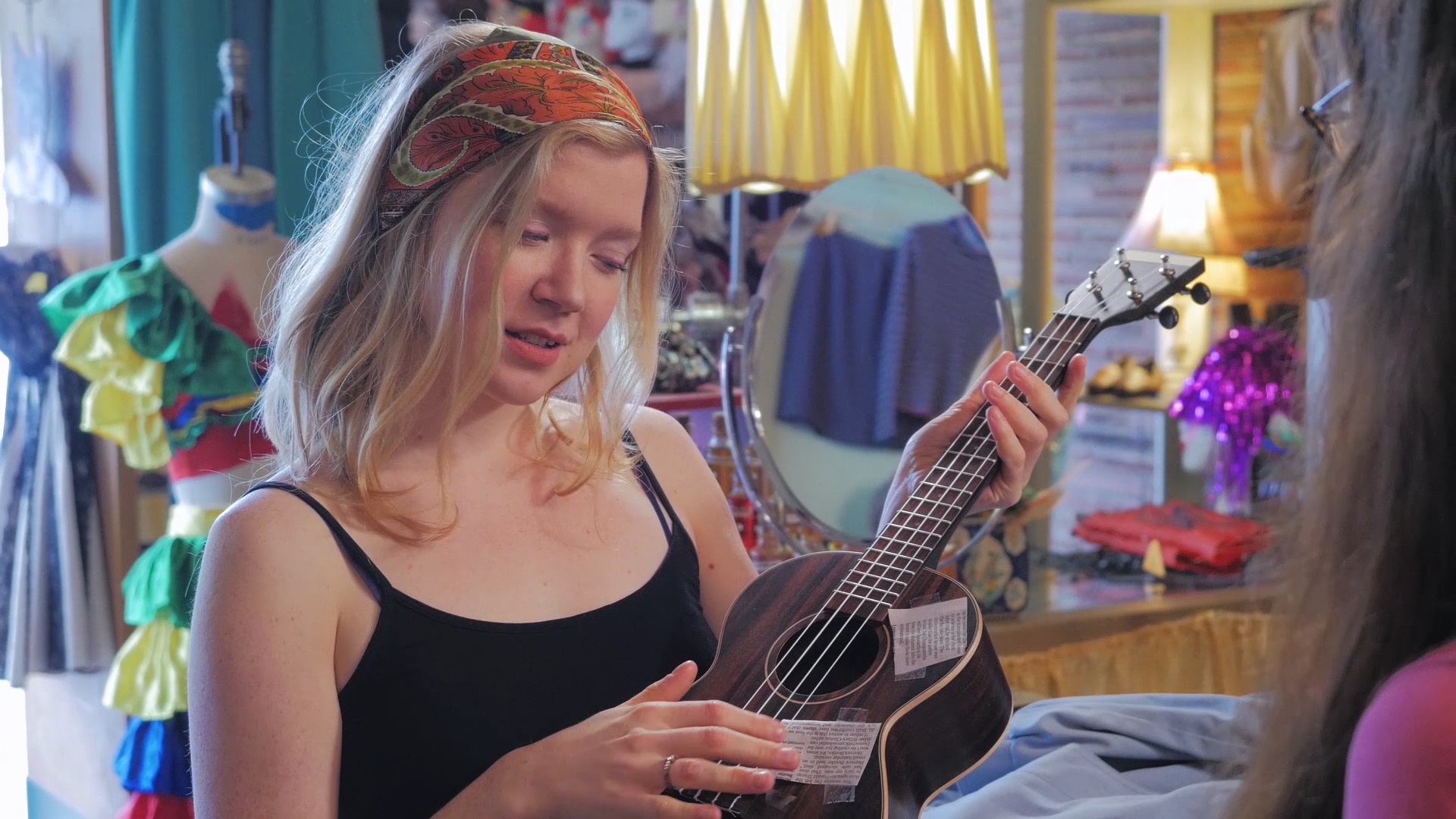 Feb 2019 — The Oregonian/OregonLive
“Valentine-less in Vancouver: ‘Love Eclectic’ is a homegrown rom-com”
by Amy Wang.

Bill Brown wanted his film “Love Eclectic” to be “a sincere, sweet, fanciful look at romance.”

He also wanted to see if he could do it “on an ultra-low budget.”

Enter Vancouver, where Brown, a local resident, ended up shooting his film in 12 and a half days, using a vintage clothing store, a bed-and-breakfast and a couple of restaurants as his primary sets. He also hired mostly local actors and a local crew, and used music by local band 3 Leg Torso.

The film went on to win the Bud Abbott Award for Feature Length Comedy at the 2018 Garden State Film Festival. It has its Portland premiere Feb. 17 at the Clinton Street Theater.

“Love Eclectic,” which is indeed sincere, sweet and fanciful, centers on Sophie (Melanie Meijer), a young woman who owns a vintage clothing store, and Jack (William Poole), a young man who is currently uncommitted except for his relationship with Sophie. He’s supposed to be in school, but when Sophie finds out during a Valentine’s Day date that he isn’t, she feels betrayed. Things escalate and she storms out, leaving behind her Valentine’s gift for him – a lottery ticket.

Naturally, the lottery ticket, whose numbers Sophie chose carefully for their significance in the relationship, turns out to be a winner. While Sophie doesn’t want Jack back – or thinks she doesn’t – she does want the ticket back. She enlists her employee/best friend, Mo (Alysse Fozmark), and romantic comedy ensues.

Brown said it was important to him that the film’s humor not be slapstick or goofy but more in the style of 1940s romantic comedies: “You have these lead characters who everyone knows are supposed to be together … but something gets wedged in between them and the fun is watching them sort through the mess.”

He came up with the idea for a simple rom-com as a break from his usual work. “A lot of the scripts I’d written had just huge special effects and a lot of big things and locations that were impossible to get,” he said. “I created this project from the beginning as something very contained. I could get everything I needed right within a few miles of where my location is.”

Brown said he hopes audiences leave the film thinking about loyalty, sincerity, acceptance and how we treat one another. And yes – spoiler alert – love does win the day.